Welcome to our class!

We are working hard in Year 4 to set a good example to the rest of the school, remembering that at Woodrow we are always READY, RESPECTFUL and SAFE.

We do PE on Thursdays and Fridays.

Please make sure everyone has an indoor and outdoor PE kit in school at all times.

Reading homework is given out every Thursday, and is due back by the following Thursday.

Times Tables practise should be going on all the time at home. By the end of Year 4, all children should know all their times tables up to 12x12. Practise them forwards, backwards, in order and out of order. Don't forget the division facts as well (if 7 times 4 is 28, then 28 divided by 4 is 7...) Every two weeks we have a quiz in school and try to improve our previous score. 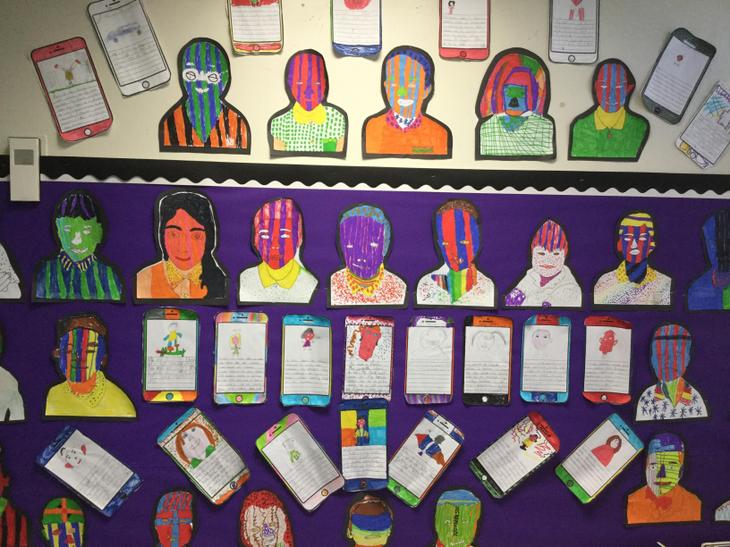 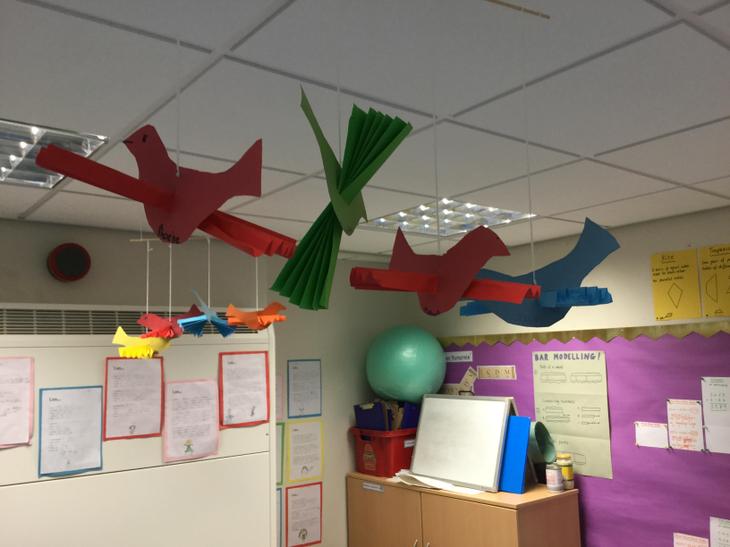 Our current Mantle team have redeveloped a number of high profile sites around the world. However, we are currently working for a client who lives in a small village in France. He would like us to redevelop some of his farmland to generate an income to support his family, as well as to commemorate the history of the land.

We discovered that the nearby town of Verdun was the centre of a major battle in World War 1, and that the trenches of the Western Front ran through the land we are redeveloping. 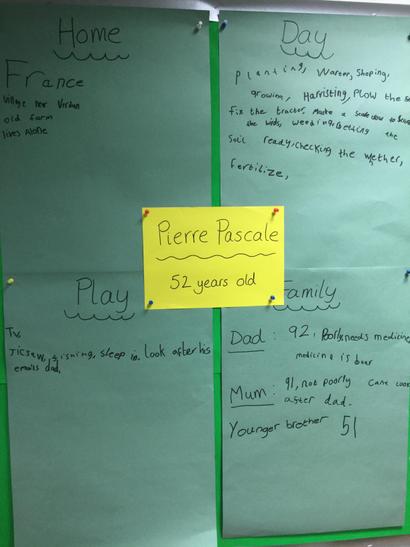 How will we travel to France? 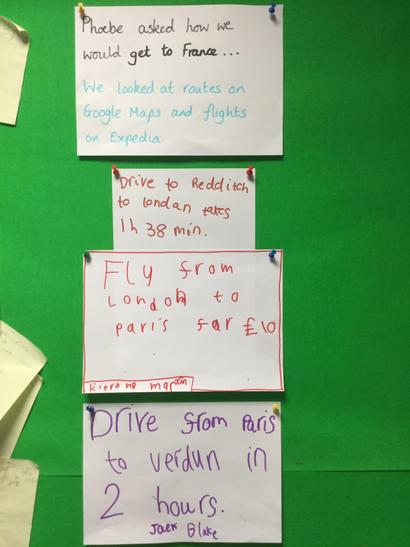 Our client sent us photos and maps of the area 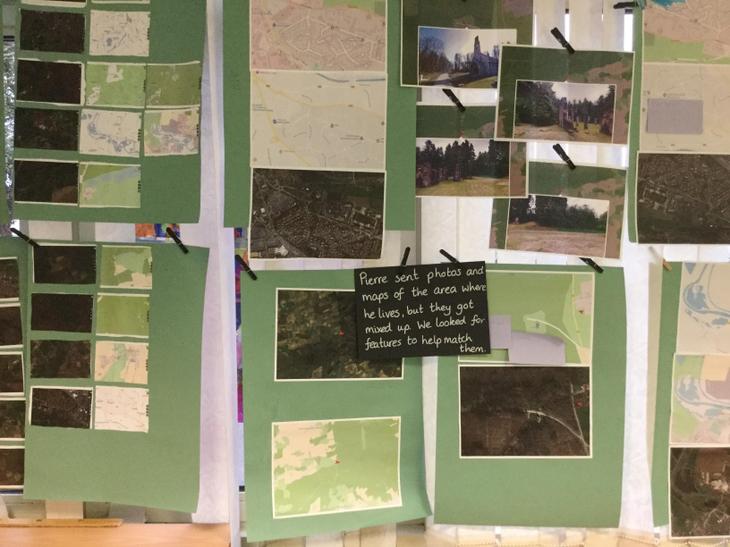 Our client is French! We had to translate his first e-mail into English. We also translated our replies back into French.

We discovered there are a lot of problems with the land. The soil has a low PH because it is acid. The water is very viscous and seems to have a lot of the soil in it. We have undertaken a number of science investigations to work out what is happening with the land, including testing the soil PH, comparing water samples, separating soil and water and finding how best to evaporate the water. We are beginning to wonder if the problems with the soil and water might have an impact on the wildlife in the area...

We went for a walk to examine the land and discovered an old trench from World War 1.

Inside the trench was a hole with water in it, and under the water was a WW1 shell. The bomb disposal squad came to remove it safely, and thankfully discovered that the shell had exploded a long time ago and was no longer dangerous. They also found something else in the hole - a tin with the name "Private Albert Smith" scratched into the lid.

Inside the tin was a pressed poppy, a photograph, a poster about signing up to join the army and a hand-written message on the back, and a letter. The letter was Albert's final letter home which never got sent.

We explored Albert's first days in the trench through drama, and began to discover that life in the trenches was not fun at all.

Life in the trench

The team have worked all over the world. 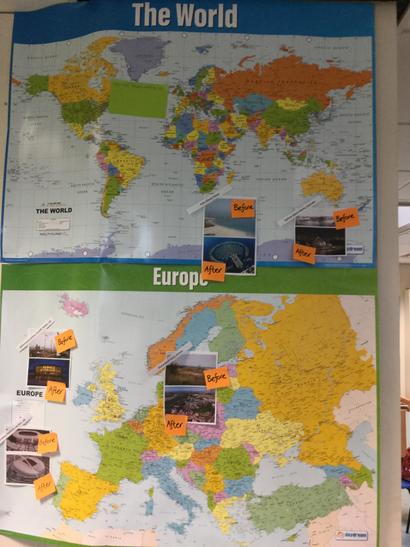 The work needs to be of a high standard. 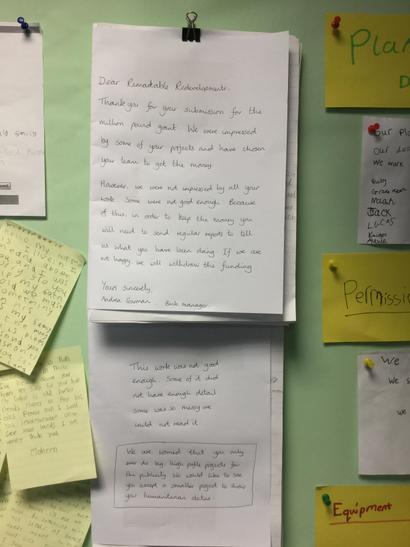 The design team recorded their ideas. 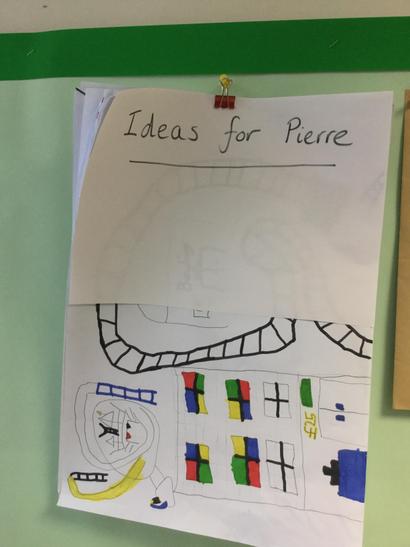 There seems to be a link to WWI 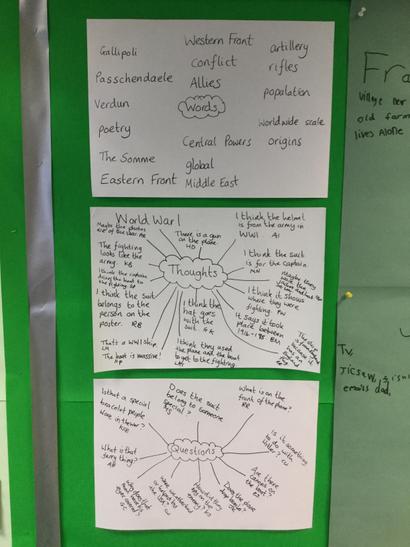 Our Mantle in Spring is based around the Romans. We are working as a team of "Wall Watchers" who volunteer to observe and patrol Hadrian's Wall, looking out for signs of change or damage.

Find the picture of the camel stone for the start of the story, and work your way up.

In the present day, the Wall Watchers were contacted by the parents of Nick White, whose name was on the plaque that had been attached to Hadrian's Wall. They had not realised that they could not stick their plaque on the wall. Nick was their son who loved the Romans and had always wanted to visit Hadrian's Wall, but they lived in Australia and sadly Nick passed away after being in a car accident. His parents asked if, instead of the plaque, the Wall Watchers would set up an exhibition about the wall in memory of Nick.
The battle was brutal and many died, both soldiers and villagers. The survivors gathered the carved stones made by the fallen soldiers, including Gaius, and placed them within Hadrian's Wall before the final stone was laid, in memory of those who had died.

Gladiator Soundtrack "Elysium", "Honor Him", "Now We Are Free"

When Juliet from the RSA came back to work with us again, the soldiers were planning the provisions they would buy from the market. But they did not realise another meeting was happening in the Pict settlement. The Picts had discovered the soldiers would be coming through their village and they feared for their lives. They had heard of the Roman soldiers burning down other villages, and they knew they must not let this happen. As they prepared for battle, one person slipped away, unnoticed. They had made friends with one of the soldiers, and they warned them of what was going to happen. Now the soldiers knew there would be a battle ahead, and they realised their lives were in danger. They wrote letters home to their families, knowing they may never see them again.

The soldiers, 2000 years ago, needed to go to the nearest market to buy provisions, but they would have to pass through a Pict settlement. They had been told that the people who lived there were barbarians. The problem was, when they went to spy on the village, they just looked like ordinary people.

In the present day, the Wall Watchers had to deal with a problem when the Vallum, a ditch that runs nearly the whole length of Hadrian's Wall, got flooded in all the rain. The team made sure it was safe (and found out about the Water Cycle in the process).. They made an interesting discovery when the water finally drained away: small, clay models of Roman gods!

Gaius and the other Auxiliary Soldiers had to work very hard under their Prefect, Celerinius, who was very strict. They wrote letters home but Celerinius found them and punished the soldiers with half rations for a week. One day, Celerinius announced that they were going to get paid, but they would need to use this money to buy their weapons. The Auxiliary Soldiers did not get paid as much as the Legionary Soldiers and could not afford the best weapons.

We worked with Juliet from the RSA and contacted the soldier who carved the camel stone as if in a dream. We discovered that his name was Gaius. He was an Auxiliary Soldier from Egypt and had left his wife and 4 year old son at home to become a soldier. He hoped to make money so his family could have a better life, but he had to keep his family a secret: Roman soldiers could not be married! Gaius missed his home and his family very much.

We needed special tools to remove the plaque safely. Behind it, we made an incredible discovery... the carved stone! Our team made a video for the news programme asking for help in finding the person that left the plaque.

One day, a Wall Watcher found something unusual on Hadrian's Wall. Someone had stuck a plaque on it. The Wall Watcher covered it up and called for our help.

In the present day, we saw an advert to become Wall Watchers. We attended an introductory meeting, had interviews for the job, took a test and received training to learn about why Hadrian's Wall is so important.

It all started when we observed a Roman soldier in the barracks of a milecastle on Hadrian's Wall. He was carving a stone...

Last Year... We learnt about mythical creatures and the famous landmarks they use as portals...

We spent a wonderful week learning together with our Palestinian guests...

We visited the Staffordshire Hoard...