Welcome to our class

Our Mantle story - the trouble with trees!

For our first Mantle in Year 1 last term we were a team of builders; specialising in demolition, rebuilds and relocations.

Our commission? To improve the buildings in Pin Village to create a new town.

The team discovered a demolished house in Dart Road, located in Pin Village. Mrs Cart, a neighbour living on the road, saw what had happened. She saw a person in a workers uniform knocking down the house with a team of builders.

We wondered who else might have seen what happened. We inquired about the other stories that needed to be told through drama and created artwork to represent what the builders, neighbours, wildlife may have seen as this building was demolished. 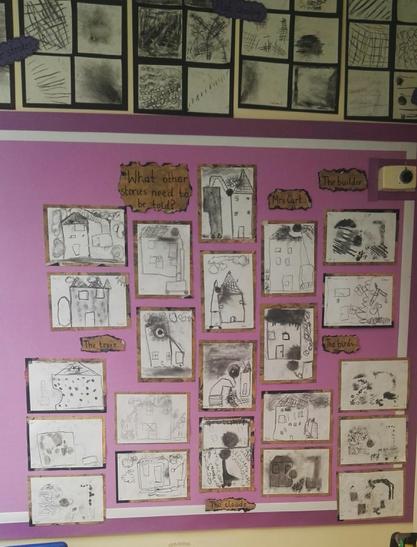 We began wondering about Mrs Cart and could see she had a photo with her.  We found out that  she had three children.  We couldn't seem to find them in Pin Village, so we decided to try and find them.  One of our team members told us, when you need to find something, you have to make 'missing' posters.  When you make these posters, they have to go on a tree. 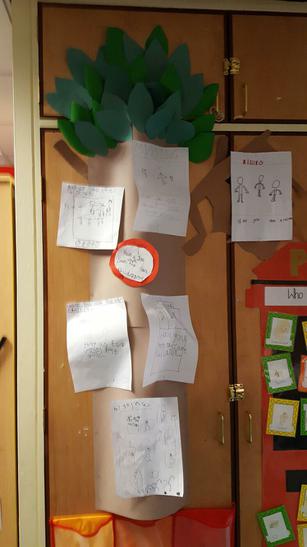 Luckily, someone saw our posters and asked to meet us 'in front' of the church.  We had to think carefully about the route we took and the directions we gave.  When we got there, we found out that the person we were meeting was in fact Mrs Cart's daughter.  She was very happy.  Her house had been knocked down because it was no longer safe to live in.  She told us of all the other people she knew who had also had their houses knocked down and had been given a new house.  We used drama to step into the role of these people and left a comment in the style of a social media status.

Since then, we have been exploring how to create blue prints to represent towns and villages using 2D shapes to draw key features and have now started using our knowledge of 3D shapes to build representation of Pin Village. 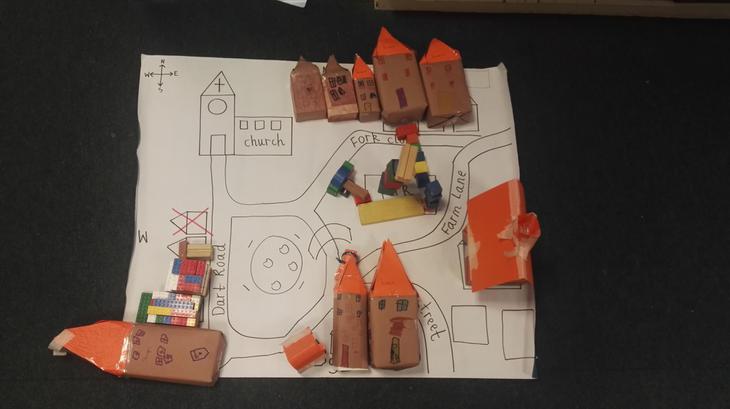